Here are some of our favorite fly fishing guides:

Fish with our friend

Though you can always fish right outside your cabin door at River Spruce, you may want to venture out into the national or state parks in the area with a guide.

These guides have their secret spots that they’ve cultivated over the years and are always eager to share memorable times with River Spruce guests. Some of them even come with a fish-catch guarantee.

Fly-fishing isn’t as easy as putting a worm on a hook and chucking it into a stocked pond. Fly-fishing takes a little more skill, a lot more patience, and a borderline obsessive need to know what makes a fish bite. The guides can teach you everything you need to know to start fishing this summer.

So bring your favorite gear or have them rig you up with just the right tools for a fun day on the water.

Break Off: When your line snaps unexpectedly, allowing the fish to get away.

Catch And Release: A conservation practice in which fishermen try to fight fish quickly, land them gently, and rapidly release them back into the water.

False Cast: A type of cast that uses multiple backward and forward casts without letting the line hit the water or ground; the cast is generally used to lengthen the amount of line and/or to change the line’s direction.

Foam Is Home: Foam lines or bubbles in a river or stream show where currents are moving and where food collects; anglers often say these foamy areas are where the fish are.

Hatch: The stage in an insect’s life cycle when it matures and leaves the water to mate. This can happen in an intense burst of activity when many insects hatch at once. This attracts predators like trout (which, in turn, attract anglers).

Headwater: The upper reaches of rivers—near where the waterways begin—before major tributaries join them; headwaters are usually narrow-er with less flow, which may make fishing more difficult.

Match The Hatch: An angler’s attempt to select the artificial fly that mimics the natural food fish are feeding on. During a hatch, fish often become picky eaters, only wanting to eat what is hatching at that moment.

Mend: A fly-fisherman’s goal is to make an artificial fly imitate a real insect; part of that is making sure the fly rides the current in a natural way. If the fly line is dragging the fly downstream, fishermen rearrange, or mend, the line while it’s drifting to eliminate the unwanted pull.

Pool: A pocket of slower moving, deeper water where fish often reside in an attempt to hide from predators or rest from swimming.

Riffle: A shallow, quickly moving section of water where fish can congregate to feed.

Rising: Trout generally feed underwater, but on the rare occasion they decide something on top of the water looks tasty, they may ascend to the surface—fly-fishermen call this “rising,” as in, “the fish are rising.”

Roll Cast: A short cast—created by a quick, forceful flick of the wrist—used to deliver a fly when an angler doesn’t have room for a full overhead cast.

Seam: An area in a river or stream where two currents—one slower, one faster—merge. Fish will hole up in the slower water and dart into the faster current for food.

Stripping Line: This phrase describes the action of retrieving line by pulling it in using your fingers as opposed to using the reel.

Tailwater: The section of river below a dam; these waters are often ideal trout habitat because water temperatures stay more consistently cool. 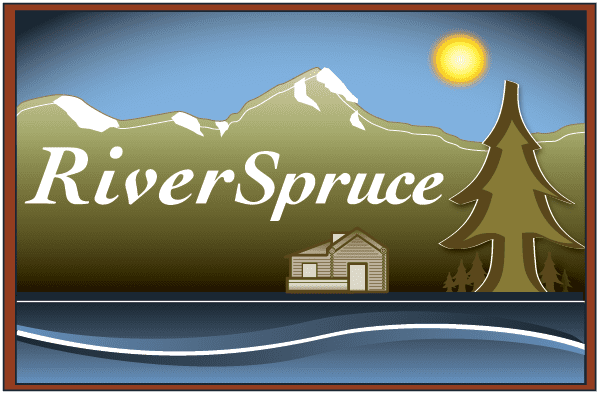 Designed and hosted by Trustway Marketing